Tinder has been referred to as a “social discovery app”—a way to meet and talk to people in your area whom you would not usually get to meet. Tinder has a number of different uses, but it is mainly a dating app. It couldn’t be easier to use; you swipe to the left if you are not interested in someone, and swipe to the right if you are. If there is a match with someone nearby, the app will let you know, and you can start chatting.

Millions of users make billions of swipes on Tinder around the world every day. Nonetheless, a lot of people are left out in the cold. If you are in a country where Tinder is banned or you are using a work or college network which has blocked the app, you will not be able to access it.

Thankfully, there is a solution, and that is to use a virtual private network (VPN). A VPN hides your real IP address, giving you access to the web and all of its services via a remote server in another location. If you are surfing the web on a VPN, you can trick Tinder into thinking you are on another network in another country—and that means you get access and can start swiping! 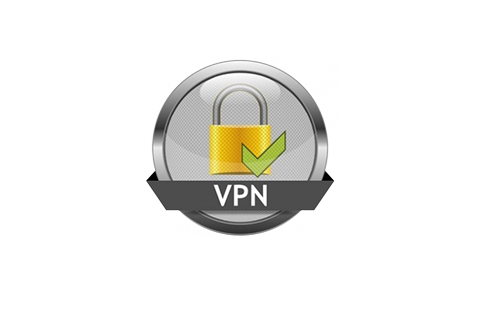 Why Should You Use a VPN for Tinder?

There are two main reasons you might need a VPN for Tinder:

Some examples of countries which block Facebook at all times, and therefore Tinder as well, include:

There are other countries which occasionally block access to Facebook as well, such as Egypt, Malaysia, and Syria. There are also some reports that Tinder has been blocked in the United Arab Emirates.

With a VPN, you can select an IP address on a remote server located in a country like the United States where neither Facebook nor Tinder are blocked. Both social networks will then see you as if you are really located in that country, and will allow you to set up accounts and use their services as needed. This same process will allow you to get around restrictions on workplace or university networks as well.

Features to Look for in a VPN for Tinder

What are some of the most important features to look for in a VPN for Tinder? Here is how to make sure you are choosing the best VPN for Tinder in UAE or other countries where Tinder is blocked.

1. Wide selection of servers in a variety of countries and regions.

One of the most important features to look for in a VPN for Tinder in Dubai or any other city or country where the app is blocked is a wide selection of servers. Remember, even in countries were neither Tinder nor Facebook are usually blocked, sometimes there are temporary bans. So a server which normally works for you may not always be an ideal choice.

But so long as you have a large selection of servers around the globe, there should always be a number of suitable options for unblocking Tinder.

If you are attempting to access Tinder, Facebook, or both in a country with an outbreak ban on either, you could be putting yourself at legal risk. A VPN alone will not protect you from fines or jail time for violating your country’s laws, but your risk is certainly higher if you choose a VPN but does not provide you with the highest level of privacy protection.

This is why it is essential to choose a VPN for Tinder which funnels your traffic through an encrypted tunnel, and which does not keep logs on your online activities.

Finally, speed and stability are not as important for Tinder as they are for some other online applications such as gaming or streaming, but a stable connection can still make for a much more enjoyable experience swiping and chatting.

Can You Use a Free VPN for Tinder?

In theory, the answer to this question is “yes.” Still, this is not the best option if you’re looking for a stable connection. And if privacy is a strong concern (as it should be if you are attempting to use Tinder in a country where the app is blocked), you should definitely stick with a paid service. That way, you have the maximum protection against snooping authorities.

Conclusion: With a VPN, You Can Unblock Tinder No Matter Where You are

It is no fun being blocked from your favorite online dating app, but now you know how to unblock Tinder. So whether you are trying to access Tinder from a school or workplace network, or you are in a country where Tinder is banned, you now know how you can use a VPN to get back to swiping. Who knows—your next amazing match could be right around the corner!